Erard adapted Pape's felt early-on,  using it on all his pianos, including squares and vertical pianos.

Pleyel, on the other hand, continued to use leather on the two-string pianinos and squares, leaving the grey felt for it's Grand Pianos.

The reason may be that, as Sievers mentions, pianos with two strings were too aggressive on the piano-felt because of the space between the strings.


Most of the Erards have a dark grey and light grey felt in the bass with only the light grey layer in the treble. 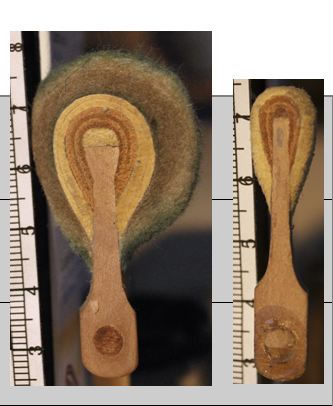 Here we see some examples of piano hammers where the original felt was left under a new replacement felt. 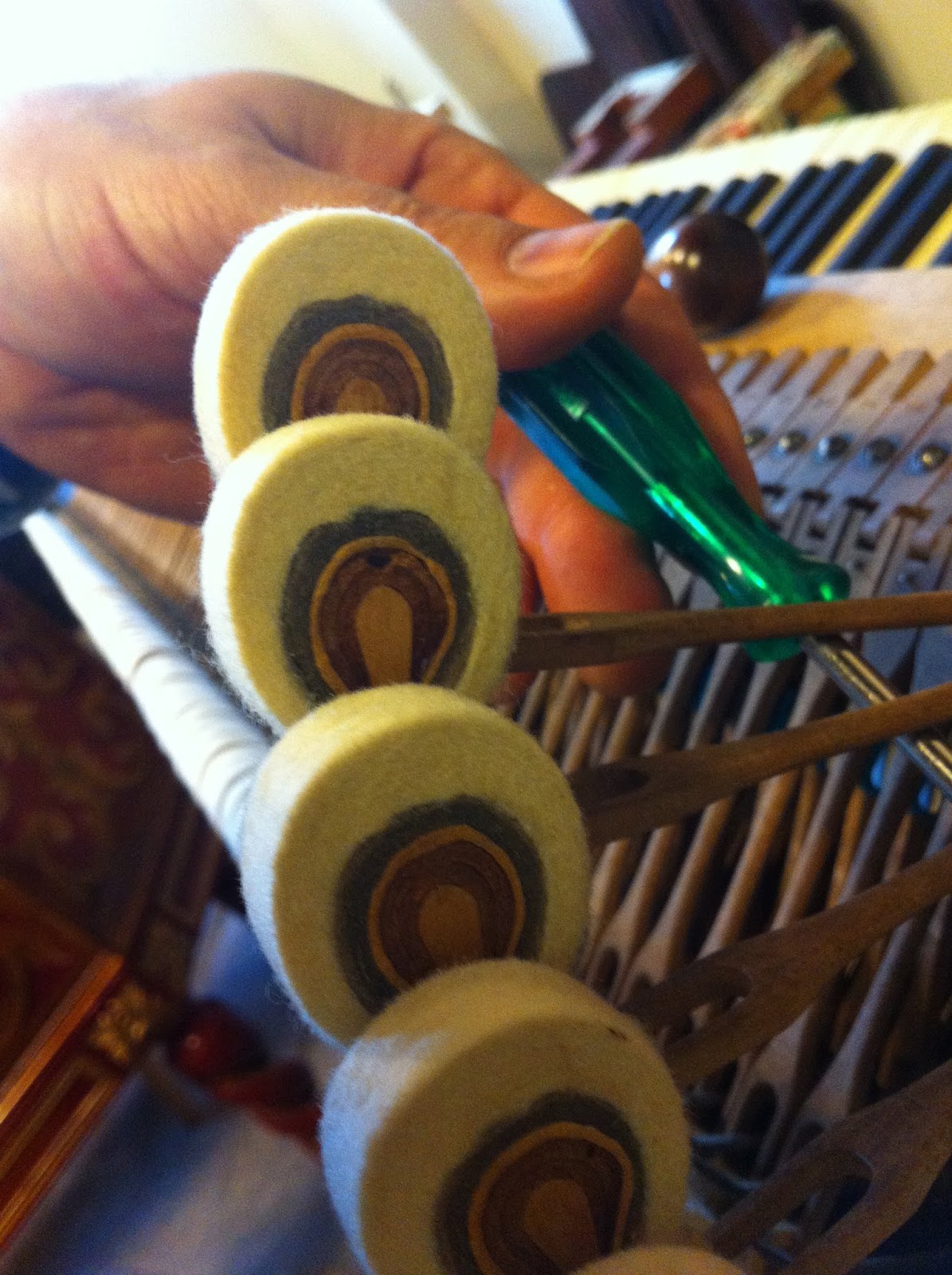 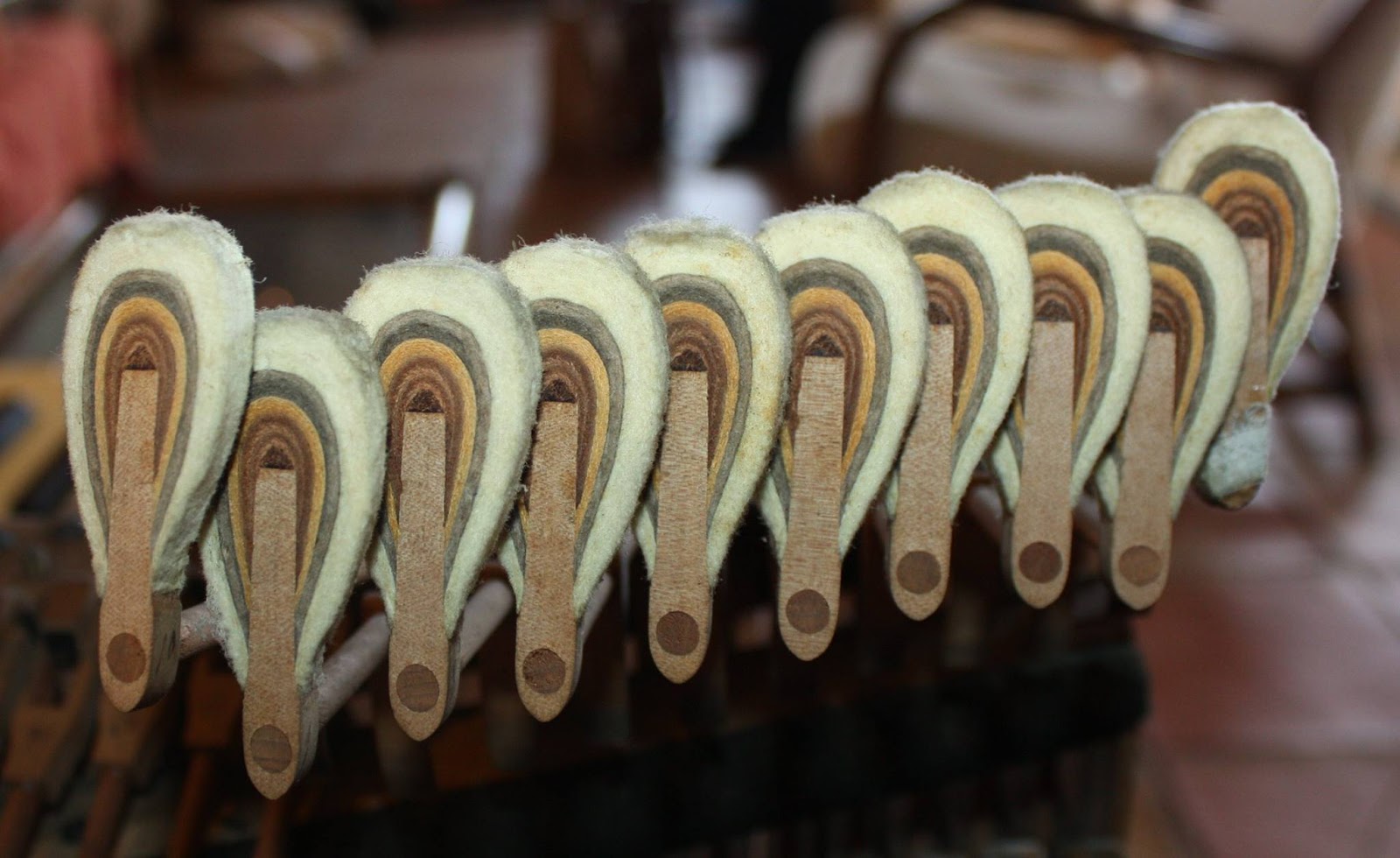 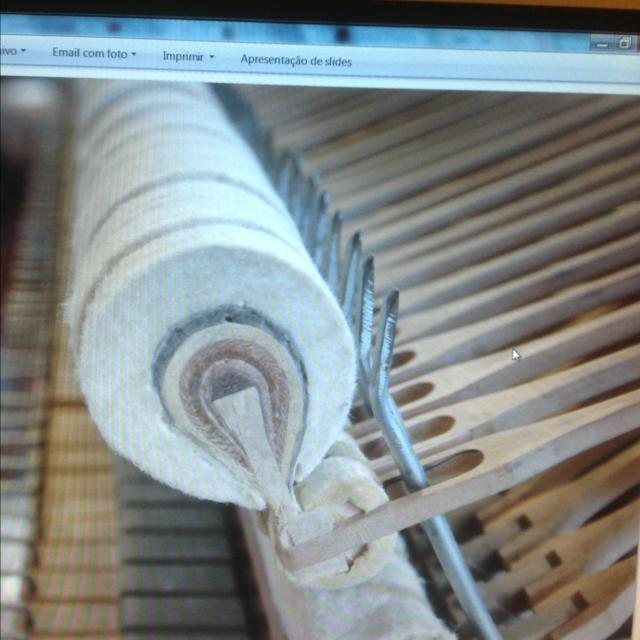 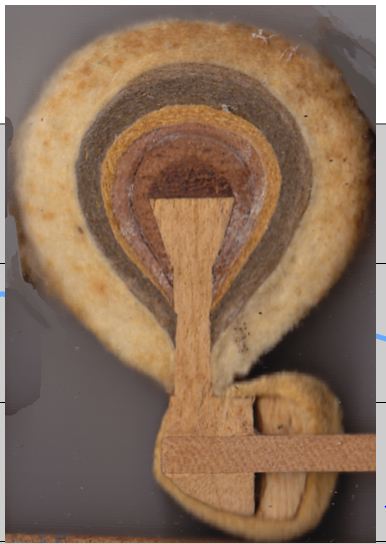